What is Cutback Bitumen

What is Cutback Bitumen

What is Cutback Bitumen Means?

Reduced bitumen viscosity is obtained by mixing bitumen with controlled oil derivatives, such as Kerosene, Naphtha, Diesel Oil or Furnace Oil as Solvent to producing different grade of MC bitumen.

These operations are temporarily performed to reduce the viscosity of bitumen for producing Cutback Bitumen and thus make it easier to work with. By reducing the viscosity, the bitumen penetration level is increased and as a result of the distillation of oil, dilute bitumen is obtained. In fact, the reduced bitumen is a bitter solution solved in a solvent. Common solvents include naphtha, kerosene, gasoline and so on. The type of solution used can determine the stiffness and bitumen.

The advantages of reduced bitumen to bituminous emulsion can be reduced to the remaining bitumen content in bitumen, which is about 80% And in emulsion bitumen is about 40% to 60%.

Depending on the amount of solvent added, the reduced bitumen is divided into three categories:

Fast bitumen: Bitumen is combined with solvents such as gasoline and naphtha with very high evaporation rates.

Filler: This is a bitter blend of bitumen with lighter hydrocarbons such as white kerosene.

The oils and solvents used in this type include: diesel oil, black oil, on the other hand it can be obtained from crude oil decomposition. 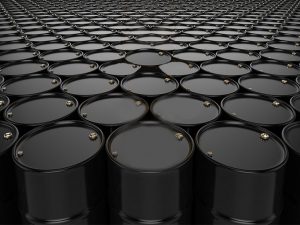